St Michael's Cave is the name given to a network of limestone caves located in the Upper Rock Nature Reserve of Gibraltar, at a height of over 300 metres above sea level. According to Alonso Hernández del Portillo, the first historian of Gibraltar, its name is derived from a similar grotto in Monte Gargano near the Sanctuary of Monte Sant'Angelo in Apulia, Italy, where the archangel Michael is said to have appeared. 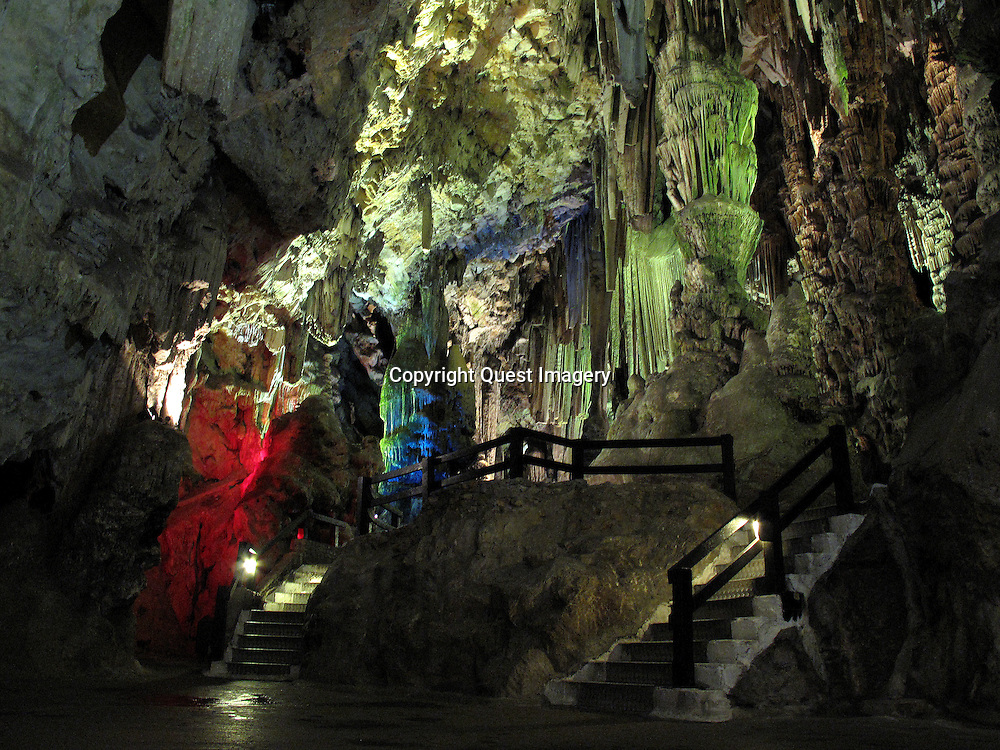