Cartagena is one of the oldest cities in the Western Hemisphere, founded by the Spanish in 1533, and named after Cartagena, Spain. On the northern coast of Colombia, with a deep water bay, it served a key role in the development of the region during the Spanish eras; it was a center of political and economic activity due to the presence of royalty and wealthy viceroys. Cartagena is the city most associated with pirates in the Caribbean, and the world. In 1984 Cartagena's colonial walled city and fortress were designated a UNESCO World Heritage Site.
Photo by Deirdre Hamill/Quest Imagery 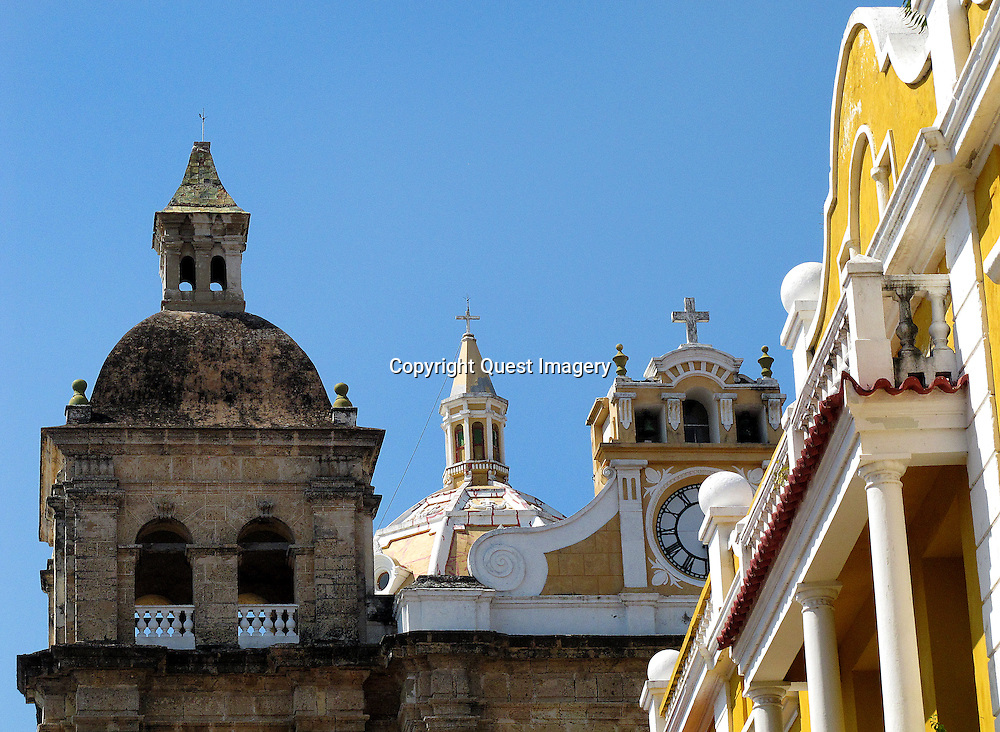