A tourist poses with a monkey on the Rock of Gibraltar.

Posing with a monkey at the Rock of Gibraltar. 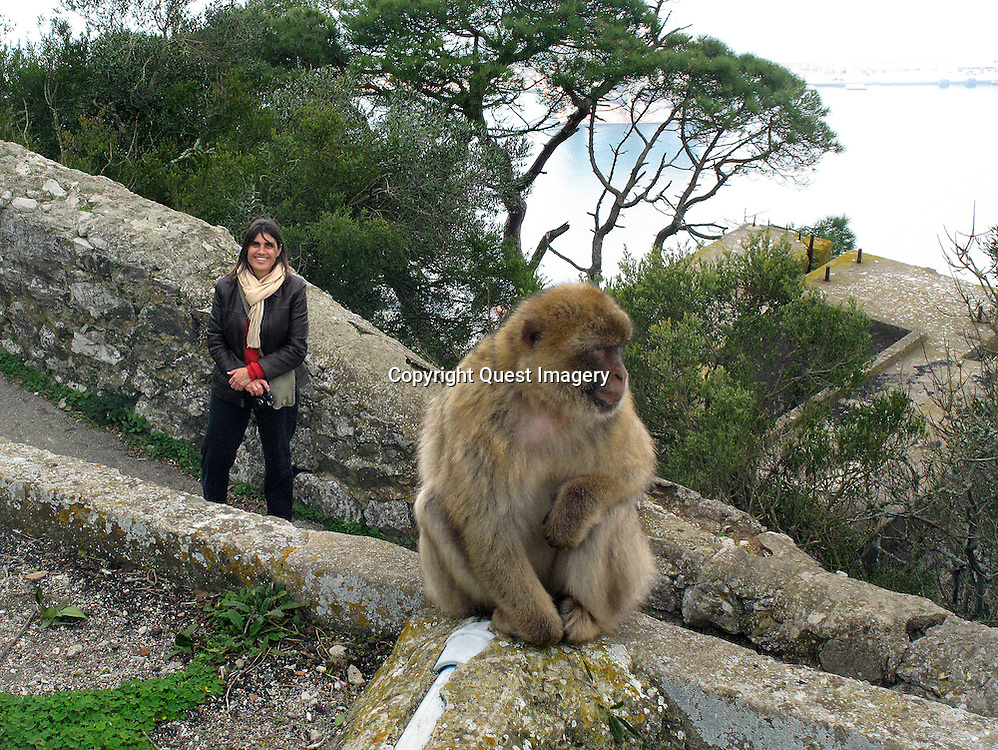