Roatán, located between the islands of Útila and Guanaja, is the largest of Honduras' Bay Islands.

The island was formerly known as Ruatan and Rattan. It is approximately 48 mi long, and less than 5 miles across at its widest point.

Roatán (also including the Cayos Cochinos) further south in the west.
The most populous town of the island is Coxen Hole, capital of Roatán. Other important towns include French Harbour, West End, West Bay and Bohemia Oak Ridge.
Photo by Mike Rynearson/Quest Imagery 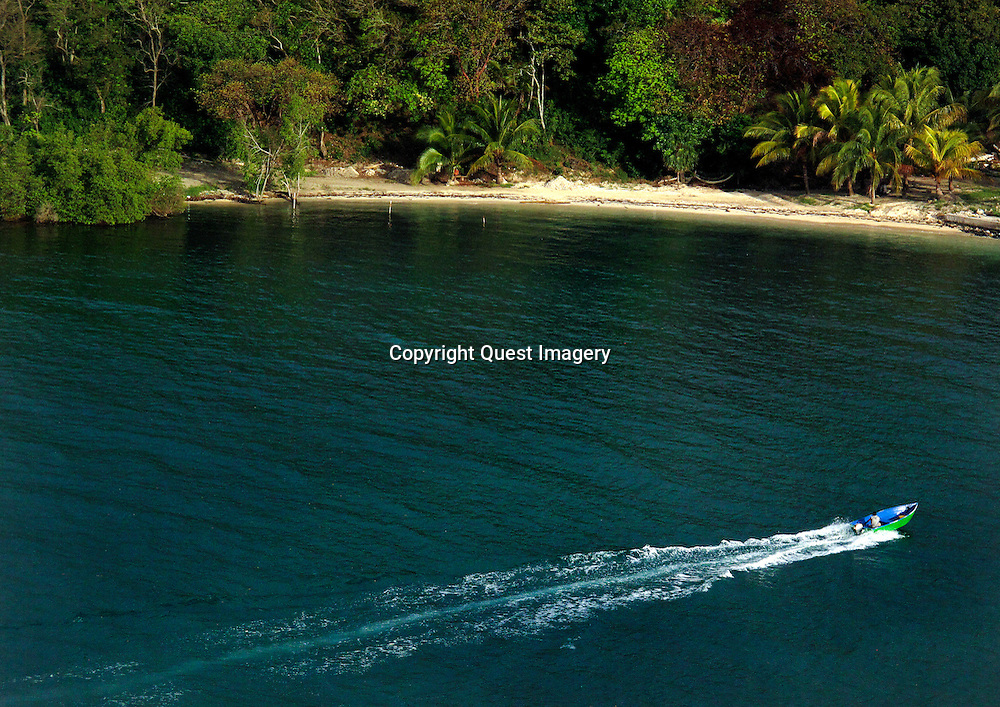