A mural called "Bloody Sunday Memorial" portraits of the 14 people who were killed by the British Army on 'Bloody Sunday' displayed on the side of an apartment complex called the Rossville Flats in the Bogside, a neighborhood outside the city walls of Derry, Northern Ireland. 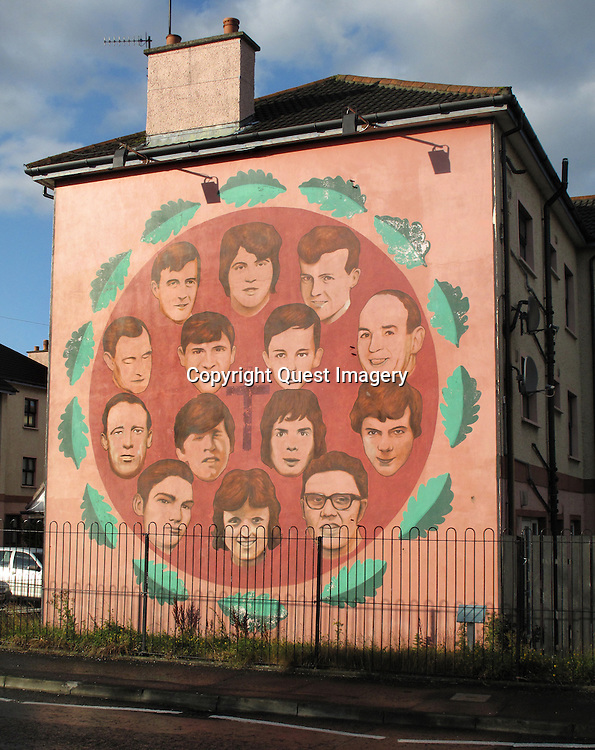