Annette McGavigan, a 14 year-old schoolgirl killed in 1971 during the early years of "The Troubles" displayed on the side of an apartment complex called the Rossville Flats in the Bogside, a neighborhood outside the city walls of Derry, Northern Ireland. 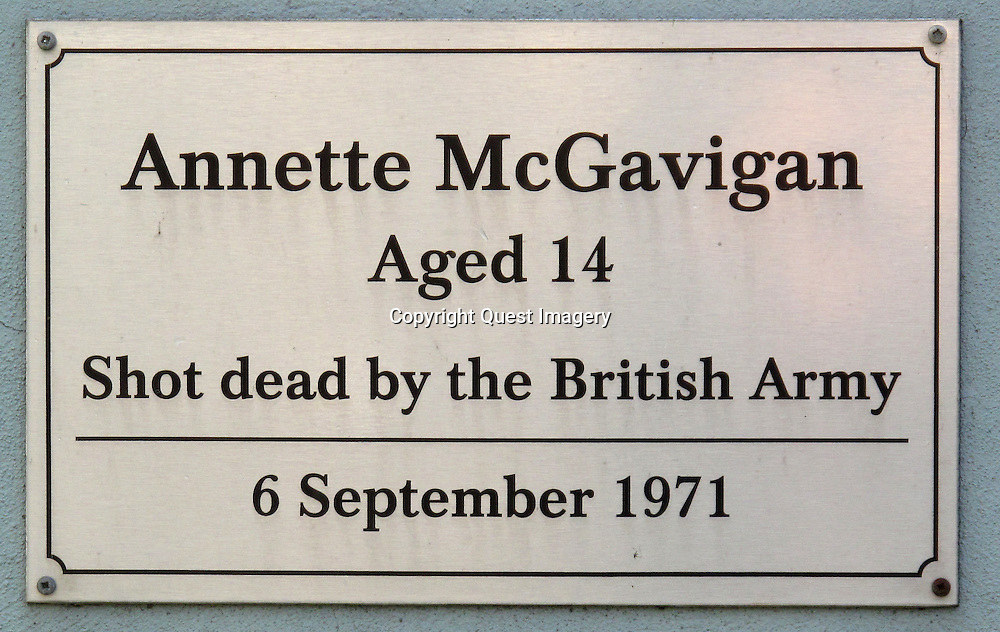