The burial plot of two of the ten hunger strikers who died in 1981 in the H. Blocks; Bobby Sands, Joe McDonnell and Ulster Unionist Leader Terrence O’Neill in the 'New' Republican plot at Milltown Cemetery in Belfast, Northern Ireland. 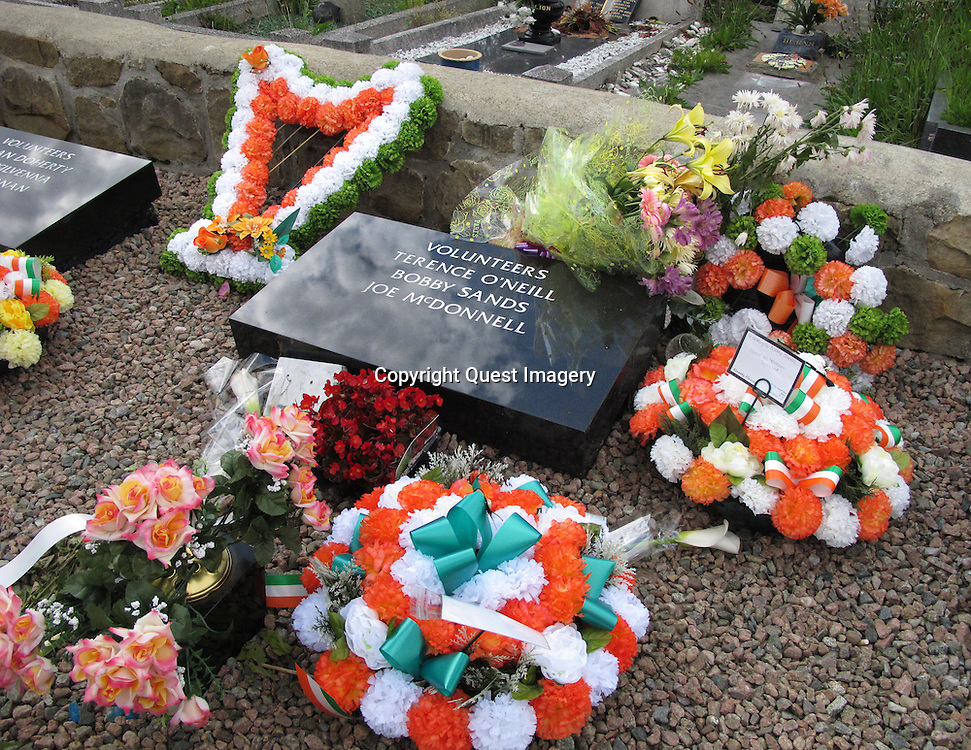