"Free Derry Corner" monument and murals from "The People's Gallery" in the Bogside, a neighborhood outside the city walls of Derry, Northern Ireland. The area has been a focus point for many of the events of The Troubles, from the Battle of the Bogside and Bloody Sunday in the 1960s and 1970s.

The Bogside Murals are a series of outdoor murals called the People's Gallery, by Bogside Artists depicting all who were killed by the British Army during "The Troubles" including Bloody Sunday. 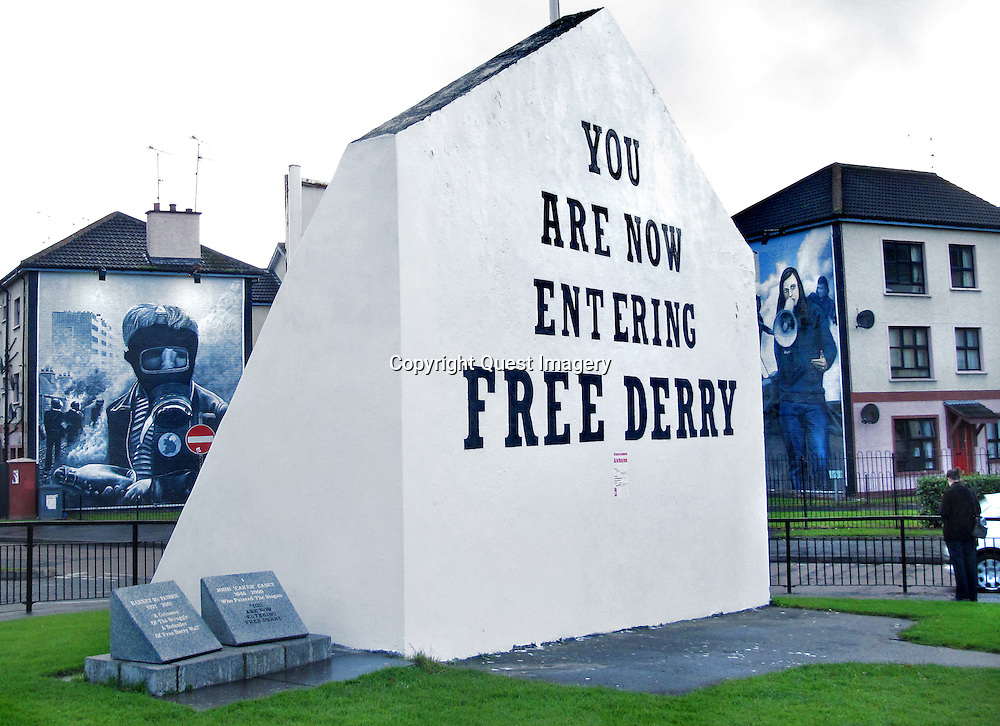