A mural depicting Josephine Bernadette Devlin, in center, displayed on the side of an apartment complex called the Rossville Flats in the Bogside, a neighborhood outside the city walls of Derry, Northern Ireland. 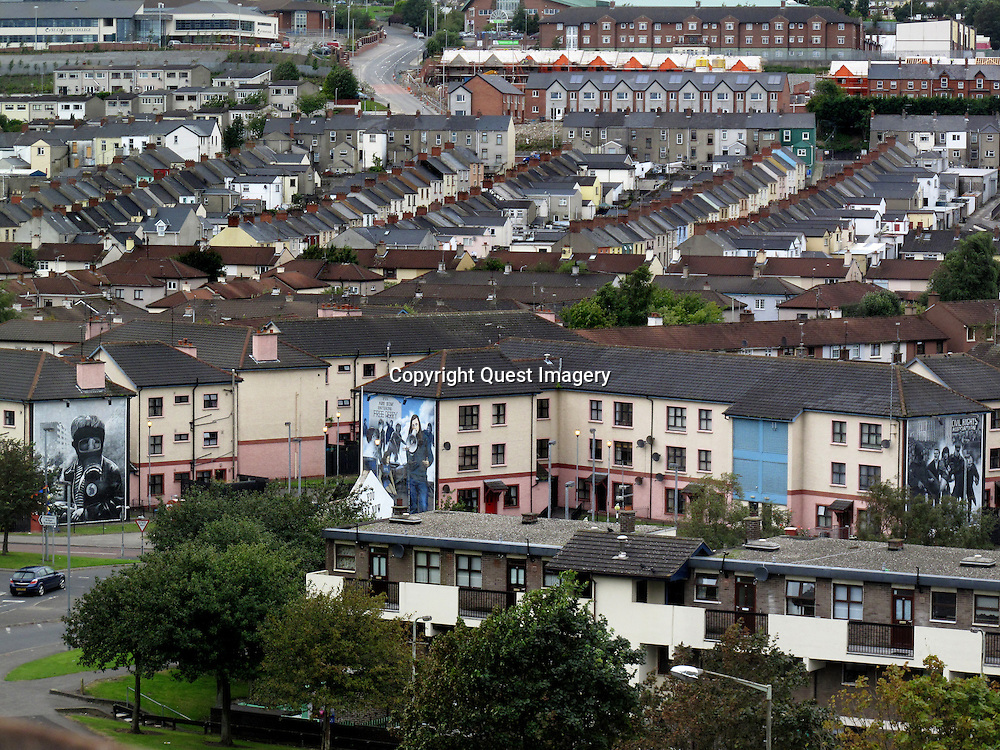