"Operation Motorman, The Summer Invasion" a mural that depicts some of the events that occured during 'Operation Motorman' on July 31, 1972 displayed on the side of an apartment complex called the Rossville Flats in the Bogside, a neighborhood outside the city walls of Derry, Northern Ireland. 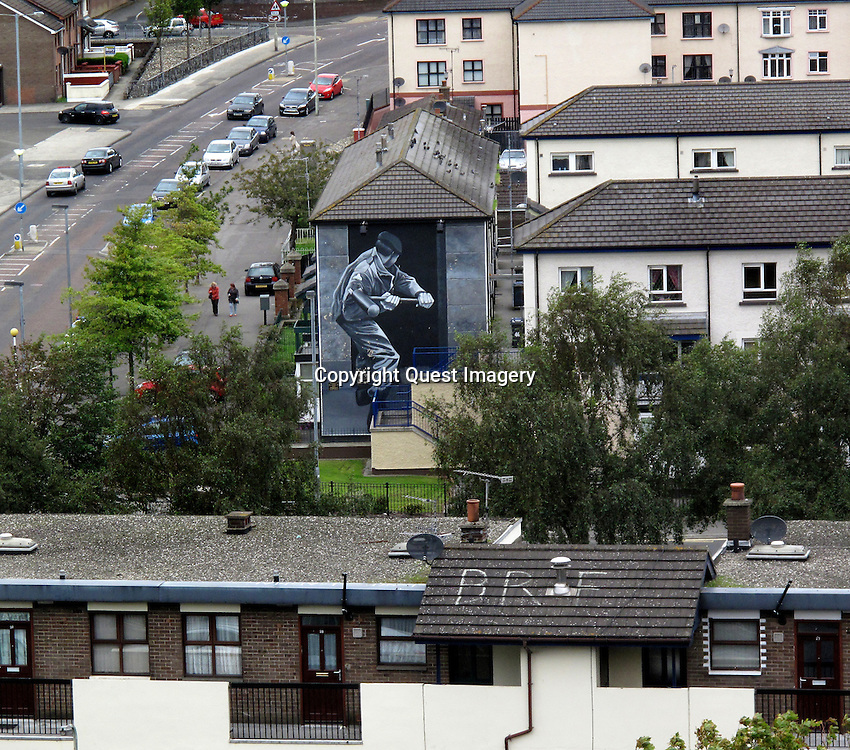