Monkeys on the Rock of Gibraltar.

A couple of monkeys take turns grooming at the Rock of Gibraltar. 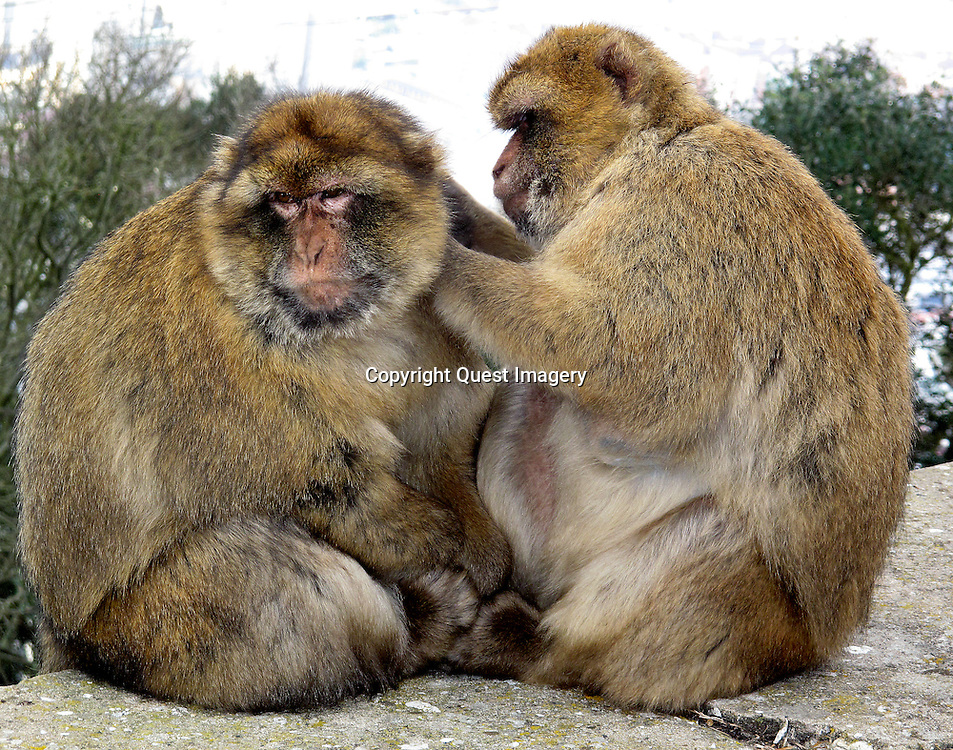