"Free Derry Corner" monument and a mural, on right, "Petrol Bomber" showing a young boy with a gas mask and petrol bomb depicting the Battle of the Bogside, as part of a series of murals called "The People's Gallery" in the Bogside, a neighborhood outside the city walls of Derry, Northern Ireland. The area has been a focus point for many of the events of "The Troubles".

The Battle of the Bogside was a very large communal riot that took place during 12–14 August 1969 in Derry, Northern Ireland. The fighting was between residents of the Bogside area (allied under the Derry Citizens' Defence Association) and the Royal Ulster Constabulary (RUC).

The Bogside Murals are a series of outdoor murals called the People's Gallery, by Bogside Artists depicting all who were killed by the British Army during "The Troubles" 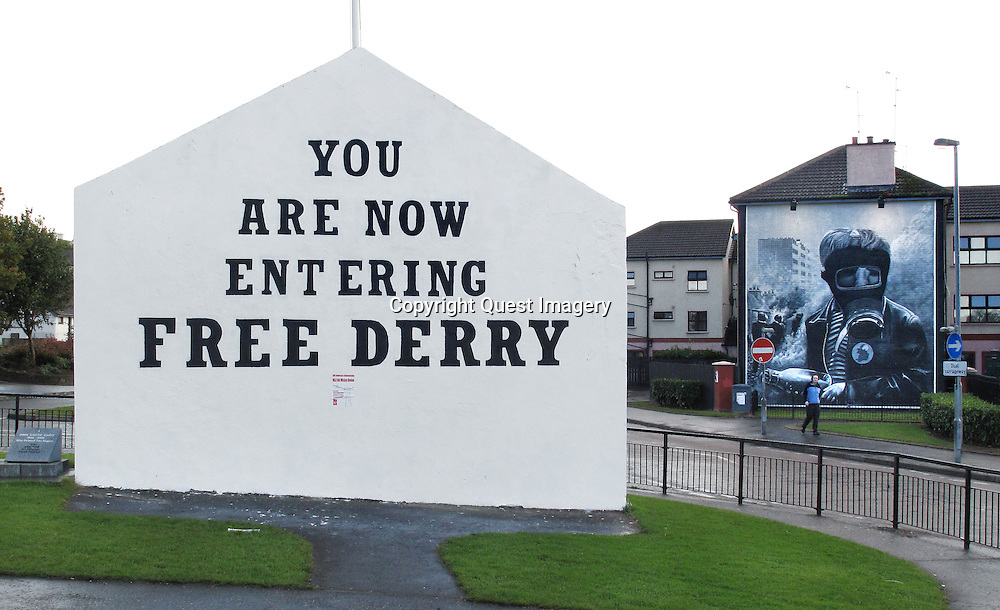