A monkey looks at a tourist on the Rock of Gibraltar.

A young monkey, center, looks at a tourist from a tree at the Upper Rock of the Rock of Gibraltar. 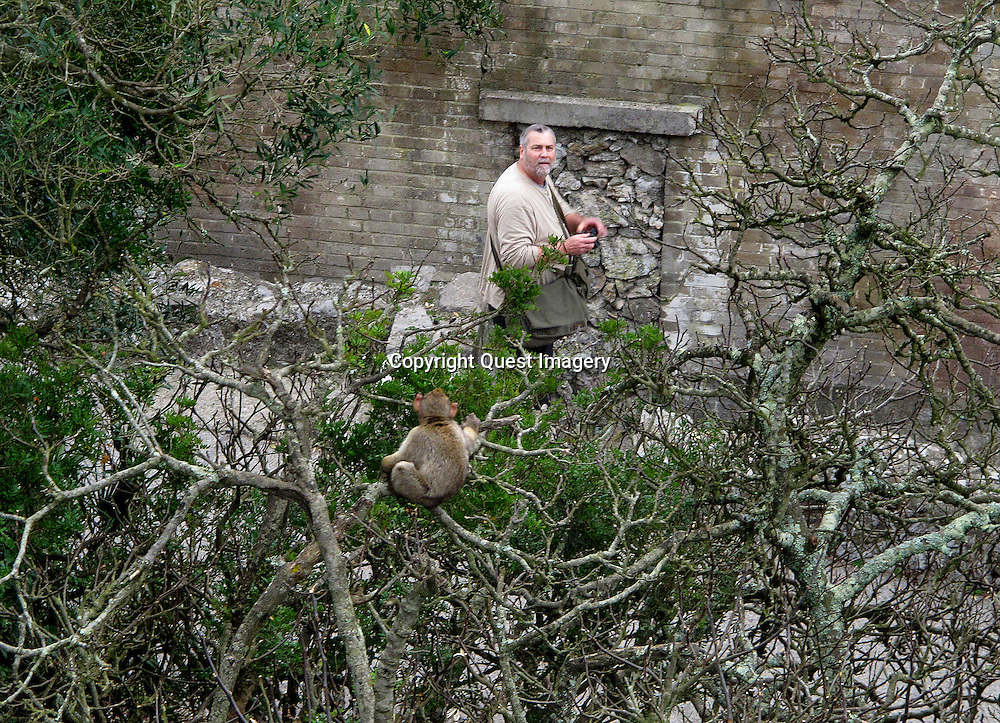