A young monkey grooms a tourist on the Rock of Gibraltar.

A young monkey shows off his grooming techniques at the Rock of Gibraltar. 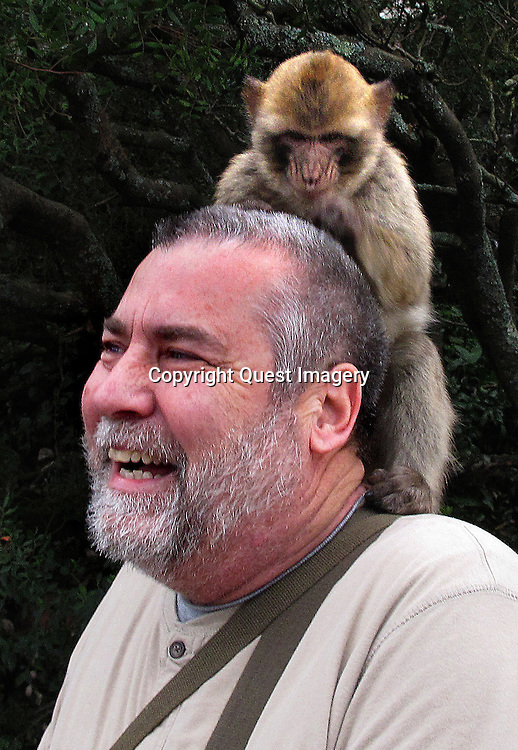