A Gothic Church at Kylemore Abbey Connemara, Ireland. The church was built by Mitchell Henry in the memory of his beloved wife Margaret Henry who died only four years after the castle was constucted. The Church was designed by Architect James Franklin Fuller who also designed the famous Ashford Castle in Cong, County. Mayo. Work began on the church in 1877 but it was not completed until 1881.

Kylemore Abbey is a Benedictine monastery founded in 1920 on the grounds of Kylemore Castle, in Connemara, County Galway, Ireland. The abbey was founded for Benedictine Nuns who fled Belgium in World War I. Wikipedia 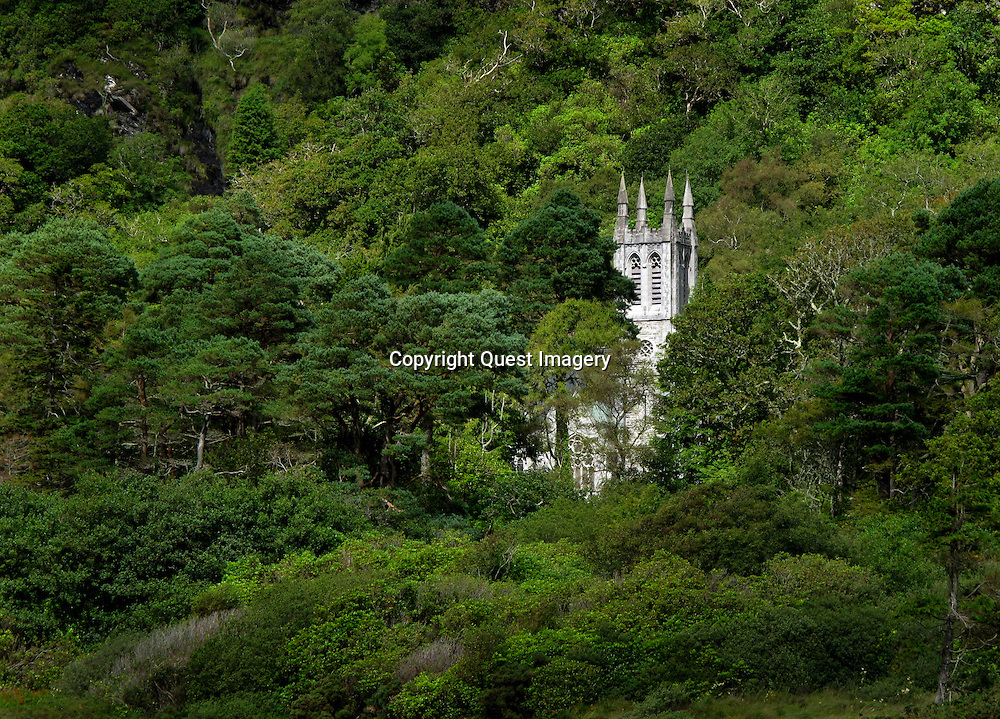