An old doorway at Casemate Square, one of the two main areas people congregate in Gibraltar, currently for fun and entertainment.

This doorway is believed to have been brought from the parish church of Villa Vieja, the oldest part of the town, badly damaged in the 1727 siege and later demolished to make Casemates Square. 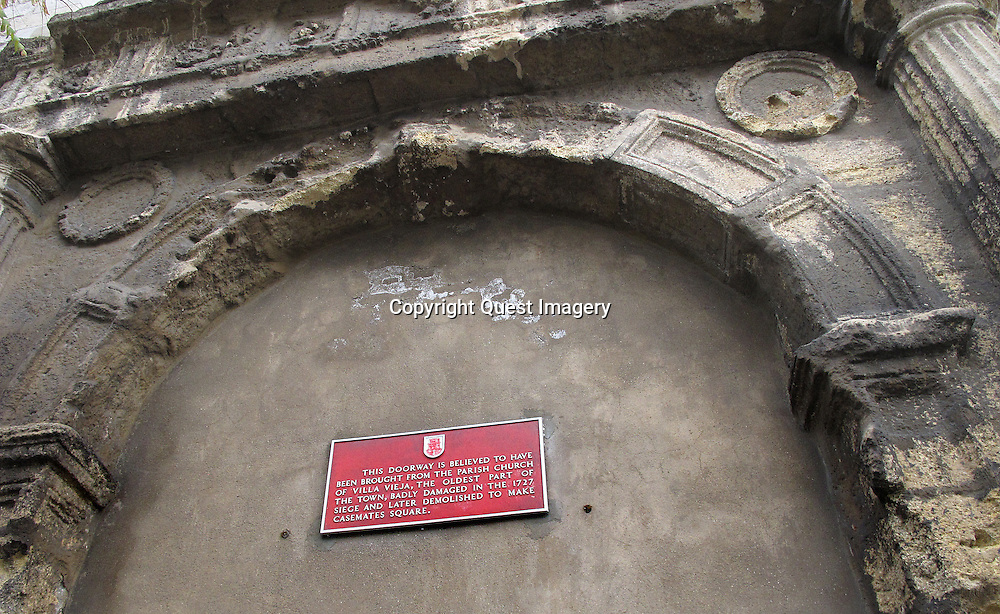