"John Hume" mural in the Bogside, a neighborhood outside the city walls of Derry, Northern Ireland.

Hume was a founding member of the Social Democratic and Labour Party. The mural also depicts Dr Martin Luther King Jr who Hume cited during the unveiling June 20, 2008 as the man who influenced him most during his campaign for democratic rights for the oppressed Catholics of Northern Ireland. Also depicted on the mural are Mother Theresa who was educated in Dublin and was involved in the quest for peace in the north. Nelson Mandela is the remainder of the quartet. His fight for justice ran parallel to the fight in Ireland. All four won the Nobel Peace Prize. 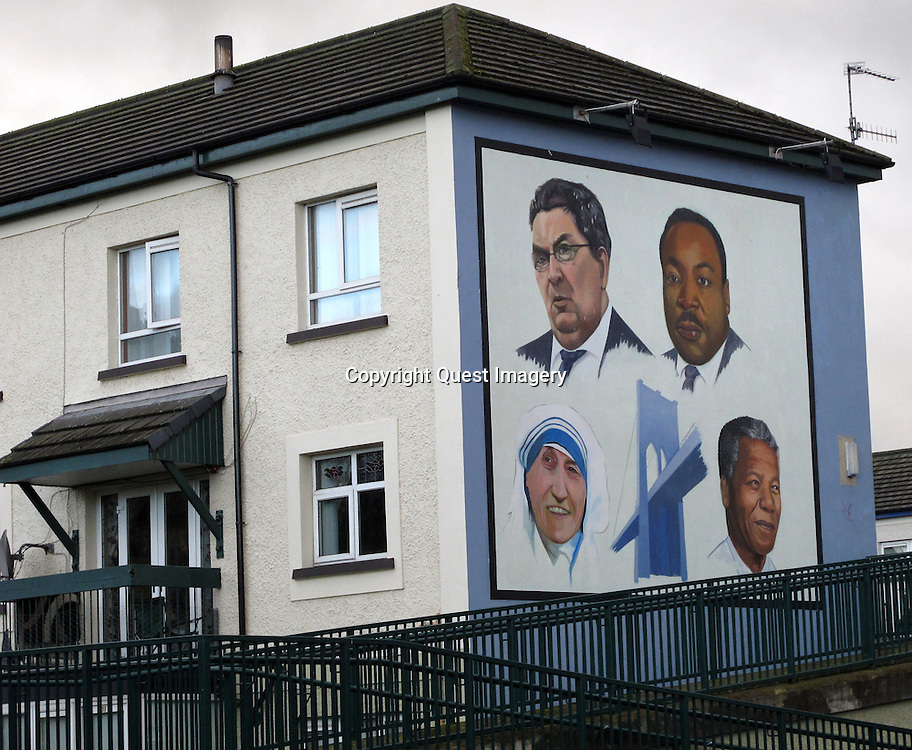