The three people on the bottom head stone were killed in Gibraltar in 1988 by the the British Army Special Air Service, SAS, It was at their funeral in Milltown cemetery loyalist gunman Michael Stone launched a gun and grenade attack killing the other 3 named on the top headstone in the 'New' Republican plot at Milltown Cemetery in Belfast, Northern Ireland. 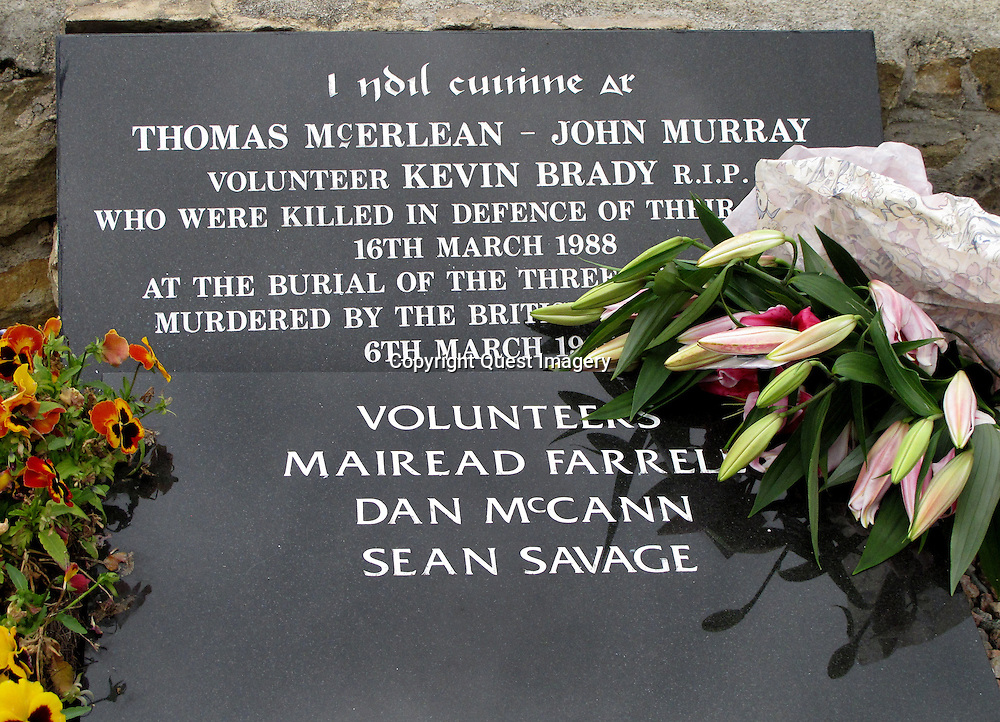