"The Runner" a mural dedicated to the memory and heroism of Patrick Walsh.
The mural depicts a very typical sight from "The Troubles". Tear gas was used extensively in riot situations. This image shows a young boy in full flight, seconds after a canister of CS gas has been fired, displayed on the side of an apartment complex called the Rossville Flats in the Bogside, a neighborhood outside the city walls of Derry, Northern Ireland. 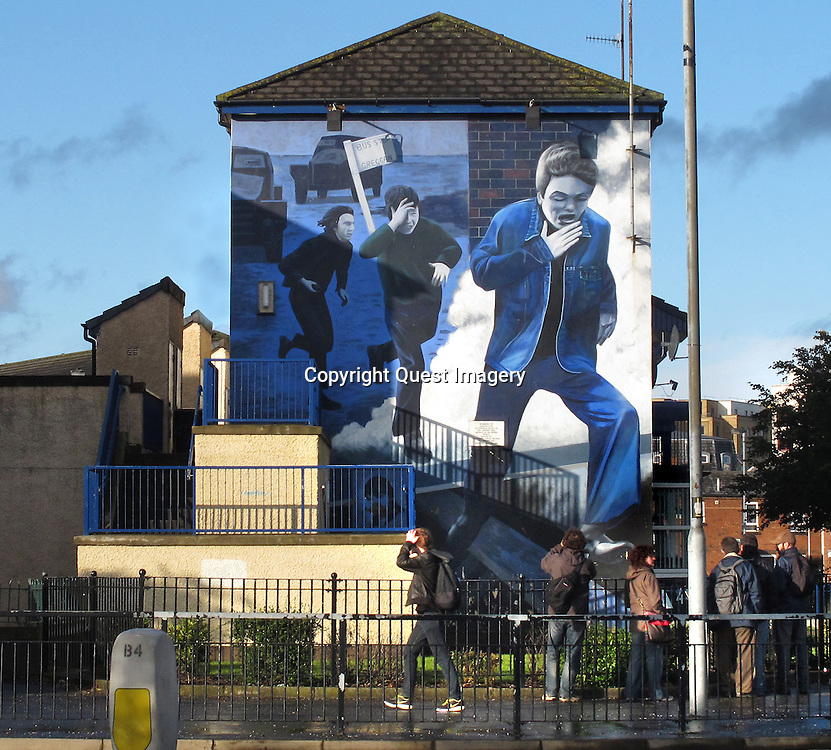